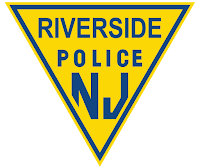 On 7/13/21 at 2:25 PM, the Riverside Township Police Department responded to the report of a pedestrian motor vehicle accident involving a bicyclist at the intersection of St. Mihiel Drive and Fairview St.  EMS Units from Riverton/Palmyra responded along with the Riverside Township Fire Department and the Delran and Delanco Police Departments.  Upon arrival, the bicyclist, identified as 77 year old Peter C. Handline, Jr of Delran, NJ was found in the roadway unconscious and suffering from several severe injuries.  Life support efforts were immediately initiated, however, Mr. Handline succumbed to his injuries.  The driver of the vehicle that was found to have struck Mr. Handline was not injured.

The driver remained on scene, cooperated with the police investigation, and was found not to have been impaired in any way. Anyone with any additional information is asked to contact Riverside Detectives at 856-461-8820 x166.