Last night members of the Riverside Township Police Department gathered for our annual awards ceremony.  Ptl. Michel Hynes was selected as OFFICER OF THE YEAR for 2022.  He was recognized for his patrol accomplishments and his dedication to community service. This is the second year in a row Ptl. Hynes was selected as Office of the Year.  He is the only two time recipient of this award since we began formally recognizing officers 16 years ago. Other award recipients were: Sgt. Kevin Joo (DISTINGUISHED SERVICE) Sgt. Joo is only the fifth officer to receive this award in the 16 year history of the award ceremony.  He was recognized for his investigative efforts, leadership, and his lasting contributions to the Riverside Police Department. DSgt Brandon Conard, Det. Shane Pettit, and Det. Scott Snow (EXCEPTIONAL DUTY) The detectives were honored for their cumulative efforts in 2022 with numerous investigations into aggravated and sexual assaults, firearms possession, drug distribution,
Read more 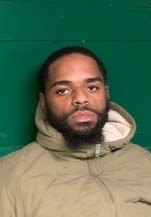