Monday’s township meeting was a big day for the Riverside Township Police Department.  Detective Kevin Joo was sworn in as Sergeant after serving 7 years with the department.  Sgt Joo began his career in 2014 as a Class II Officer and was appointed as a full-time Patrolman in 2015.  In 2018, he was assigned to the Detective Bureau. Since joining the department, Sgt Joo has attended numerous trainings, successfully investigated many cases, and was awarded "Officer of the Year" in 2017.  We wish Sgt Joo the best as he begins his new position as a patrol supervisor! 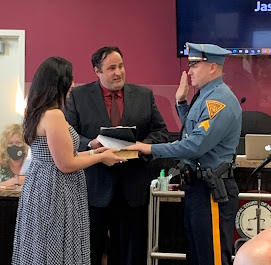 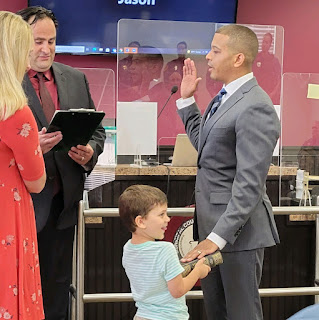 We also want to welcome Gabriel Gardner as the newest member of the Riverside Township Police family.  Recruit Gardner was sworn in as the department’s newest full-time Patrolman, joining 13 Patrolmen and 1 Class II Special Police Officer.  He will begin his police academy training at the Gloucester County Police Academy this August.  We are excited to have him and wish him a safe and successful career! 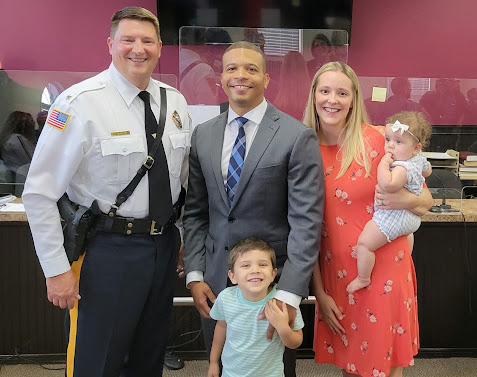