Tonight was a big night for the Riverside Township Police Department as three promotions and one assignment change took place at the township meeting. The personnel changes included: 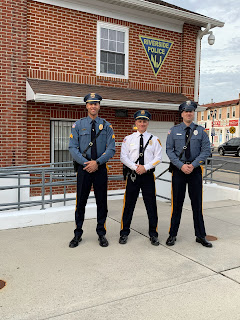 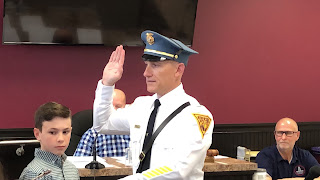 Detective Sergeant Ron Brock promoted to Lieutenant. Lt Brock is a graduate of the Naval Academy Preparatory School in Newport, Rhode Island and has a Bachelor’s Degree from Rider University. He began his career with the Riverside Police in 2003. Since then, he has been a Detective, Sergeant, and Detective Sergeant. He has been through numerous trainings, including the prestigious New Jersey State Association of Chiefs of Police Command and Leadership Program. During his time here, Lt Brock received numerous awards, including Officer of the Year in 2010, Distinguished Service, five Outstanding Narcotics Awards, Valor Award, MADD Award, and an ASIS International Award. Lt Brock also received the Pro Cops Award for his work as a member of the NJ State Police Internet Crimes Against Children Task Force.

Sergeant Conard assigned to the Detective Bureau as Detective Sergeant. DSgt Conard began his full-time career with the Riverside Police Department in 2008, becoming Detective and then Sergeant in 2018. He has also completed the New Jersey State Association of Chiefs of Police Command and Leadership Program. During his time here, he has been the recipient of multiple Chief’s Citations, Meritorious Service Award, Exceptional Duty, Outstanding Narcotics Investigation, and Officer of the Year in 2012. 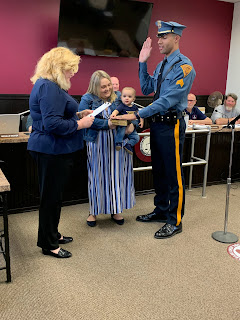 Detective Travis Perinho sworn in as Sergeant. Sgt Perinho has a Bachelor’s Degree from Holy Family University. He began his career with the Riverside Police in 2014. Sgt Perinho is a Drug Recognition Expert, Firearms Instructor, Glock Armorer, and a member of the County Civil County Disorder Response Team. During the course of his time here, he has been the recipient of numerous commendations, including Officer of the Year in 2019. 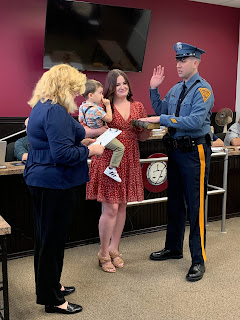 Patrolman Scott Snow sworn in as Detective. He began as a Riverside Police Explorer before leaving for Palmyra Police and eventually coming back home to be sworn in as a full-time patrolman in 2017. While in Palmyra, Detective Snow received awards for Honorable Service, Unit Service, and Good Conduct. He has also received numerous awards since returning to Riverside, including the First Aid Award and Chief’s Citation. Detective Snow is a Firearms Instructor, Field Training Officer, Humane Law Enforcement Officer, and a member of the County Civil Disorder Response Team. 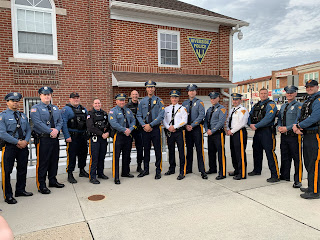 We are excited for the changes and wish everyone the best in their new positions!