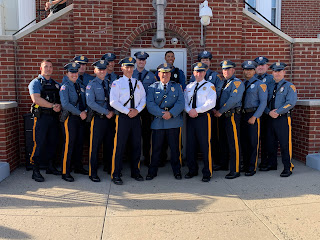 On Monday June 6, 2022, Riverside Township promoted Captain H. David Jaensch to Chief of Police. Chief Jaensch was hired by the Riverside Township Police Department in September of 1997, and graduated from the New Jersey State Police Academy in January of 1998. He has served as a Patrolman, Lieutenant, Captain, and has been serving as acting Chief of Police since March of 2022.

Chief Jaensch has served as an Emergency Medical Technician, Internal Affairs Supervisor, and is a member of the Internet Crimes Against Children Taskforce. Chief Jaensch was instrumental in instituting a community policing philosophy in Riverside. He has collaborated on the development of projects such as the Citizen Police Academy, Kidz FunZone Game Truck, outdoor movie and game nights, social media outreach, and the Haunted Police Station. 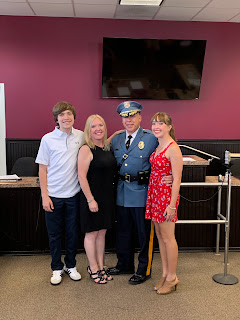 During his tenure with the Riverside Police Department, Chief Jaensch has received numerous Departmental commendations including Lifesaving, Outstanding Narcotics Investigations, Distinguished Service and Valor. He has received the Mothers Against Drunk Driving Enforcement Award, and his community policing efforts have been recognized by the Burlington County Prosecutor’s Office, ASIS International, New Jersey Attorney General’s Office, New Jersey Senate and General Assembly.  Chief Jaensch was also previously selected by the VFW Department of New Jersey as New Jersey’s Outstanding Lawmen of the Year. 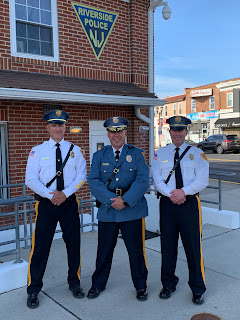