Shooting Investigation Underway - No One Injured 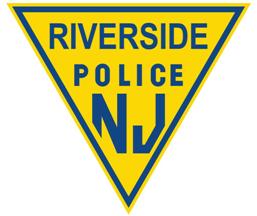 Late this afternoon, the Riverside Police were dispatched to a call for several subjects fighting along the 200 block of Taylor St.  Upon arrival, it was determined that one of the suspects fired several shots from a handgun striking a house along that street.  No one was injured.  The witnesses described the suspect as a thin, black male wearing a ski mask along with 4-5 other black males wearing ski masks.  The Riverside Police are actively investigating this shooting.

Anyone with information on this shooting is asked to call the Riverside Township Police Detective Bureau at 856-461-8820 x 114 or email detectives@riversidepolicenj.org.  We are also urging residents that live in that area to check their security cameras for any suspicious activity around the time of the incident.

Anyone with information who wishes to remain anonymous may send a tip by texting to 847411 (tip411) with riversidepd in the message field along with the tip.  Tip411 messages are anonymous.  Anonymous web tips can also be submitted right from the Police Department’s Facebook page or website www.riversidepolicenj.org/tip-411/