Three Arrests Made in String of Car Burglaries 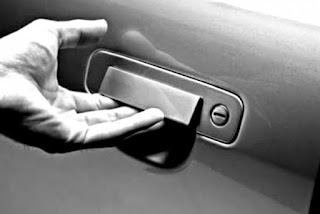 Riverside Police are issuing a warning to residents to lock vehicle doors and secure bicycles at all times after a string of recent car burglaries and thefts of bicycles.

Riverside Police have responded to 5 car burglaries over the last 7 days with 4 being solved by arrests. The arrests were the result of alert residents, rapid police response, and thorough investigation by patrol officers.

On June 25th at approximately 1:00 a.m., Michael McGlynn, 22, of Riverside was arrested by Ptl. Sean Nolan and Ptl. Brendon Griffin with the assistance of Ptl. Michael McCurdy of Delran Police.  McGlynn was charged with the burglary of a vehicle on the 400 Block of Heulings Avenue after an observant resident called Burlington County Central Dispatch and provided enough details for police to locate and identify him as the suspect.  McGlynn was also charged with credit card theft and lodged in  Burlington County Jail on $10,000 with 10%.

On June 28th at approximately 11:30 p.m. police received a call of a male on a bicycle trying to break into cars.  Ptl. Anthony Congemi and SLEO II Travis Perinho located the suspect, Jose Ramos, 31, of Riverside.  He was arrested and charged with the burglary of a vehicle on the 100 Block of North Fairview Street. He also provided police with a false name and was armed with a knife.   In addition to the burglary he was charged with obstructing the administration of law and weapon offenses and lodged in Burlington County Jail on $10,000 full.

Just one hour later on June 29th at 1:30 a.m. Police arrested a 17 year old male from Riverside and charged him with two vehicle burglaries on the 700 block of Arndt Avenue. Items taken from the vehicles included prescription medication, loose change, and other items. Once again, an alert resident observed the offense, called police, and followed him until SLEO II Travis Perinho arrived and took him into custody.  He was released to a parent pending court.

In all cases loose change was taken from the vehicles. Police still have unclaimed items including, 2 Leatherman tools, electronic cigarettes, lighters, keys, a small hand purse, cigarettes, a GPS and a Hershey Park ticket. Anyone missing these items should contact Lt. Fisher at 856-461-8820.

Residents are also being warned to secure bicycles at all times. Police have responded to three bike thefts in the last 5 days. Most of those thefts have occurred during the daytime hours. Please continue to contact police if you observe any suspicious behavior.

As a reminder, you may register your bicycle with the Riverside Police Department free of charge every Saturday from 8 a.m. to 12 p.m., or by appointment. The registration numbers help police identify stolen bicycles and return them to their rightful owners.