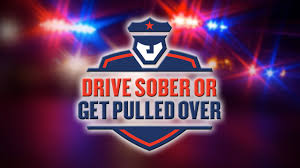 The Riverside Township Police Department has been approved for the 2016 Holiday Season "Drive Sober or Get Pulled Over" campaign!!

During the 2016 Holiday Season beginning December 9, 2016 and continuing through January 1, 2017 officers of the Riverside Township Police will be conducting proactive DWI Patrols.

The following information was made available by the National Highway Traffic Safety Administration (NHTSA)
Posted by Riverside Police NJ at 3:21 PM