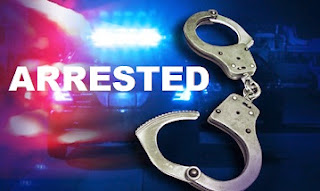 On 2/21/17 at approximately 12:00 p.m., Riverside Police were dispatched to the 500 block of Bridgeboro Street for an abandoned 911 call.  The call was soon updated to the report of a vehicle that had just been stolen.  One of the officers responding to the call was Chief of Police William T. Eliason.  As he responded to the area, he observed a possible suspect walking away from the area where the vehicle had last been seen.   The suspect apparently abandoned the vehicle after observing police response.  He was detained by Chief Eliason.  The stolen motor vehicle was located in close proximity .  A witness to the theft was able to positively identify David Dubell Jr., 18 of Beverly, as the individual that had taken the vehicle.  Mr. Dubell Jr. was taken into custody and the vehicle was turned back over to the victim.
Posted by Riverside Police NJ at 12:05 PM